Hello PharmAccess data-enthousiasts! Welcome to a bit of virtual touring through Amsterdam. It’s been a while for most of us, so we are starting together at the AHTC-building, just to make sure we don’t forget what it looks like.. 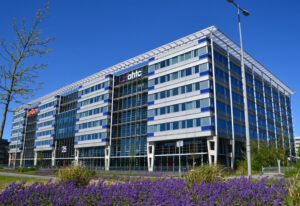 At each stop along the tour there is a puzzle for your team to work on. The answer to the puzzle is the password for the next location you are going to. There are not always instructions with the puzzle, but a bit of team-thinking should lead you to what to do to get to an answer. Passwords are always in lower case, but can contain spaces. Internet is your friend.
The first team to reach the finish line wins of course. If you feel like you are completely stuck, you can come find Judith and ask for a hint. This does cost you 5 virtual minutes, so be smart about the time trade-off.

So, let’s start with the first puzzle, as we are in the AHTC-building it is about PharmAccess. If you think you have the answer, click here to go the next location and enter the password.

Prof. Joep Lange of the Academic Medical Center (AMC) initiated PharmAccess in 2001, with support from the Dutch Aids Fonds, to bring life-saving antiretroviral therapy for HIV/AIDS treatment to Africa. Highly active antiretroviral therapy (HAART) was introduced in the developed world in the mid-nineties and quickly led to dramatic reductions in AIDS-related morbidity and mortality.[5] In Africa, for the great majority of the population, adults and children, treatment was not accessible and many of the HIV/AIDS patients died of the disease.

Initially, PharmAccess focused on the introduction of HIV/AIDS treatment programs for employees and dependents of Heineken in sub-Saharan Africa, which was revolutionary at the time.[6] Soon PharmAccess realized that these programs could be broadened to lay a foundation for the development of functional general health systems. The Dutch government, Dutch multinationals and PharmAccess joined forces to launch an alternative route to the traditional development approach: a donor fund established to pilot health insurance for the currently uninsured in sub-Saharan Africa through the local private sector.[7]

In order to enable the private companies in sub-Saharan Africa to grow and deliver the necessary services, a private investment fund (Investment Fund for Health in Africa, IFHA) was endorsed in 2007. In the years after this led to additional offshoots which all contribute to general health system strengthening and support to the health insurance schemes.

The PharmAccess Group employs an integrated approach in order to improve access to quality health care.[8] The group mobilizes public and private resources for the benefit of doctors and patients through insurance, loans to doctors, quality standards and impact research. The PharmAccess Group state they have a different approach to development cooperation, by making use of public-private partnerships. PharmAccess works with various different African and international partners, donors and investors from both the private and the public sector.[9]

The PharmAccess Group headquarters are located in the Netherlands. The group currently works from five country offices located in Tanzania, Kenya, Namibia, Nigeria and Ghana.

The Kwara State Health Insurance Program has been recognized as a best practice model for taking innovation to scale by the Development Assistance Committee (DAC) of the OECD. Charlotte Petri Gornitzka, Director General of the Swiss International Development Cooperation Agency (SIDA), presents the award to His Excellency Abdulfatah Ahmed, Governor of Kwara State[19]

The programs of the PharmAccess Group and its partners have had impact on different communities, for example in the Kwara State in Nigeria, where the Kwara State Community Health Program was launched in 2009. The Kwara State Government subsidizes 60% of the premiums and has committed to extend the program to 600,000 people over the next five years. The program is also funded by the Dutch Health Insurance Fund with support from the Dutch Ministry of Foreign Affairs, and implemented by PharmAccess and the Nigerian health maintenance organization Hygeia. During a trip to Nigeria, UN Secretary General Ban Ki-moon spoke about the program’s unique character: ‘The groundbreaking Community Health Insurance of the Kwara State Government is exactly the kind of innovative partnership that we should replicate – here in Nigeria and beyond.’ This program represents the first time that a state government in Nigeria has partnered with the private sector and an NGO to provide statewide health insurance for its citizens.[20][21][22][23]